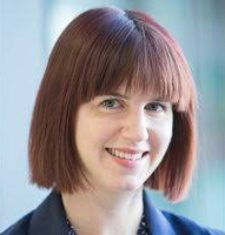 Meredith Rossner is criminologist and sociologist whose research interests include emotions and interactions in criminal justice, criminology theory, restorative justice, and lay participation in justice.

Dr. Rossner’s research interests focus on the intersection of social interaction and judicial processes. This has led to a number of research projects on the emotional and ritual elements of the justice process, with a particular focus on the role of lay people. She has conducted research on the emotional dynamics of restorative justice conferences, the dynamics and democratic potential of jury deliberation, and how design and technology impact justice proceedings.

Description: Even as restorative justice has captured the attention of justice practitioners, academics and communities worldwide and most research suggests that it has the potential to repair the harm of a criminal offence and reduce offending, there is also evidence that it can have no effect or even make things worse. Just Emotions: Rituals of Restorative Justice attempts to address these conflicting findings by analyzing how conferences work as a unique form of justice ritual.

With a pioneering new approach to the micro-level study of the processes and emotions involved in successful conferences, this book offers clues on how to improve the practice and increase successful outcomes. Using an eclectic methodological approach, the author presents a model that adapts Goffman’s and Collins’ ideas about the interaction ritual chain by focusing on participants’ emotions, emotional turning points, and the emergence of rhythm and solidarity between participants. The approach involves a contrasting systematic empirical program, including a combination of qualitative interviews, detailed observations of discourse, face and demeanour, and quantitative analysis of systematically observed conferences, in order to improve the capacity of facilitators and practitioners to produce successful outcomes.