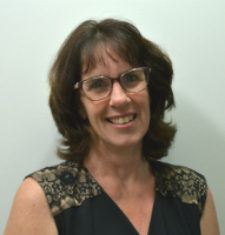 Jacqui Horan holds the position Associate Professor at the Faculty of Law, Monash University and is a member of the Victorian Bar (academic).

Jacqui is a courtroom communication and jury researcher. Jacqui’s interest in the art of courtroom persuasion underpins her jury research. Her book ‘Juries in the 21st Century’ (2012) explores the impact of technology on the jury system and, in particular, on the way barristers, judges and witnesses communicate with the jury. For further details about the book, go to The Federation Press website.

Her latest Australian Research Council Linkage projects involved interviewing 115 Australian jurors and exploring their perceptions of the expert evidence presented to them. The preliminary results of these projects are published in Freckelton, Goodman-Delahunty, Horan and McKimmie, ‘Expert Evidence and Criminal Jury Trials’ (2016, OUP (UK)). Jacqueline presents at conferences both locally and internationally. She is regularly interviewed in the media.

Prior to joining Monash in 2018, Jacqueline co-ordinated the ’Trial Practice and Advocacy’ course for the Melbourne University Law School for 15 years. She has taught advocacy to practitioners and experts as part of their continuing education at the Australian Advocacy Institute, the Royal Australasian College of Surgeons, the National Institute of Forensic Science and the Victorian Bar Readers Course.

Prior to her academic career, Jacqueline worked for such organisations as the Victorian Legal Profession Tribunal and the Medical Practitioners Board of Victoria, the Supreme Court of Victoria (as Associate to the Honourable Mr Justice Sir James Gobbo AC), and Mallesons Stephen Jaques. As a member of the Bar, Jacqueline specialised in professional negligence and misconduct She was an accredited mediator and VCAT appointed conciliator. She was primarily briefed by disciplinary bodies such as the Legal Profession Tribunal, Victorian Lawyers RPA, the Dental Board of Victoria and the Medical Practitioners Board of Victoria.